No, not the wrong things; but there was an awful lot of stuff going on in that book, and I was distracted by the surface story of an independent woman just at that point when Victorian society was starting to see the modern coming at it. That is a good and important part of the book, but it disguised the underpinning that ties it to these other two novels.

Yes, she is recreating the Gothic, and yes, her own upbringing makes the religious aspects stand out. But it is the way these two things are put together that is what I find interesting, and that ties these three otherwise very different novels together. 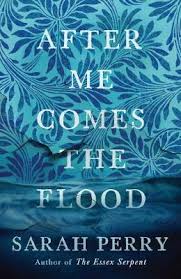 Take After Me Comes the Flood, a journeyman effort with a structure that isn’t entirely successful. It is the story of a lonely, middle-aged man who, in the depth of a heat wave, shuts up his shop and drives away to visit his brother. But along the way his car breaks down and he approaches an isolated country house only to find that the disparate group of people staying there seem to be expecting him. It turns out to be a coincidence (Perry likes coincidences in her plotting, Melmoth is full of them), they are waiting for someone with a very similar name that none of them have met before, but for a week the protagonist assumes a different personality. I have often said that first novels can often display, crudely and obviously, themes that will be developed more subtly in later works, and that is the case here. People going somewhere they are unknown in order to be someone else, even if only temporarily, crops up in both of Perry’s later novels.

The inhabitants of the house turn out to be people displaced from a local asylum when it closed down, and the family members and friends who look after them. In true Gothic mode, it is not always clear which is which. But the setting and the people turn out to be healing, at least for the protagonist.

But the most interesting character in the house is Elijah, a one-time priest who lost his faith. Now he is unable to go outside: because there is no God, there is no one to hold up the sky, and therefore if he ever ventures out he is terrified that the sky will fall on him. This is not madness so much as an extreme doubt, and despite this he is the most humane and sensible person in the house. He is also a complete innocent, who sees instantly that the visitor is not who everyone else takes him to be, but doesn’t see the need to say anything about it. He is, in other words, the most charming and engaging character in the book.

He also seems to me to be pivotal to what Perry is doing here. Despite what we know of her biography, it is not religion per se that matters in these books: it is belief. It does not matter what Elijah’s religion was before he lost his faith, what matters is the way that belief shapes his world regardless of where those beliefs came from. He stands helpless in the middle of a world that is only partly physical, and it is the other part, the unseen and unseeable that most affects his behaviour. Belief is crippling; religion is just a framework we construct to restrain those beliefs, but do away with the framework and belief floods back in its raw form. Read The Essex Serpent with this pattern in mind, and the figure of the rural vicar and the intrusion of the supernatural acquires a different aspect. Belief is the darkness that makes these novels Gothic. 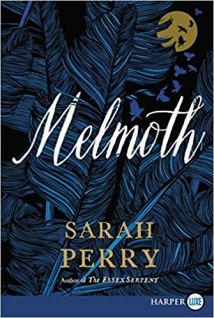 Similarly, in Melmoth, the idea of the witness, the lonely, black-clad woman always there at the edge of your sight who knows your sins and is waiting to take you away on her immortal journey, is a part of the unseeable that has a greater effect on behaviour than anything physical. She is a belief system cut loose from any religious affiliation: she is there among the people of Manila, among the Turks and Armenians at the time of the massacres, among the Jews of Nazi Europe, among the scientific rationalists of modern day Prague. She is a mental disease (more properly, a dis-ease) whose vector is childhood stories and faded documents; she is guilt personified as a shadow on a chair, a shape in the distance, a bird at the window.

The central character is Helen, an English translator living in Prague. Twenty years before she committed a crime and ever since then she has tormented herself with guilt, denying herself pleasures, friendships and ease. She lives an austere, hair-shirt existence. Inevitably, the structure of the novel demands that the revelation of this crime should come at the climax of the book; but Perry ignores that structural demand, so we find out what Helen did at about the three-quarter mark. Unsurprisingly, the guilt is worse than the crime.

Then someone hands her a file of documents about Melmoth (the novel references Charles Maturin, but changing the sex of the wanderer is the least of Perry’s changes in the character). Helen is ready to believe, and suddenly she conjures the woman in black and her attendant jackdaws wherever she turns, though she fails to notice that those who have passed on the documents have emerged undamaged from their own awareness of Melmoth. She is a story, but you don’t have to listen to stories; she is a belief, but you don’t have to believe. Melmoth is what is seen, not necessarily what is there.

Perry is an interesting writer. I think Melmoth goes as far beyond The Essex Serpent as that novel went beyond After Me Comes the Flood. So I wonder what she will do next. Though I also wonder how far she can follow this particular Gothic belief system.